Ethereum 2.0 is, hands down, one of the most misunderstood topics in crypto, one riddled with myths and fraught with misinformation. And it’s surprising, since Ethereum 2.0 is a series of network upgrades, and that’s it. (In fact, it’s not even called Ethereum 2.0 anymore!)

And since the Merge is right around the corner, we thought it time-appropriate to clear up any confusion and talk about the Ethereum upgrades as a whole. The Merge will mark a critical point in Ethereum’s history, as the entire network undergoes a long-awaited upgrade. With a full transition to proof-of-stake, the base layer will merge with the Beacon Chain.

But what does this all mean for Ethereum users? We’ve got a lot of ground to cover, so strap on your swimming goggles because we’re going in for a deep dive. By the end of this guide, you’ll be fully briefed on the Ethereum updates, so you know exactly what to expect. 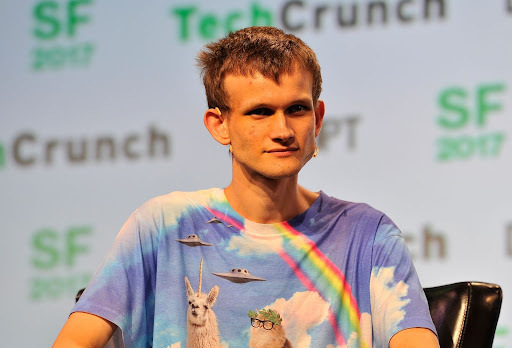 Before we get too technical, let’s quickly cover Ethereum and its design. That way, we can discuss why these upgrades are necessary, and what to expect.

Whereas the Bitcoin network is purely transactional, Ethereum was envisioned as a world computer, one upon which decentralized applications (dApps) would live. dApps aim to provide services such as decentralized finance instruments to everyday retail investors.

The provision of such services is made possible thanks to smart contracts. These contracts are basically algorithms that self-execute once specific preset conditions are met. In other words, smart contracts grant us access to these services without requiring an intermediary. Consequently, smart contracts minimize economic rents as well. Examples of dApps on Ethereum include Uniswap and Ethereum Naming Service (ENS).

What are Ethereum Upgrades? 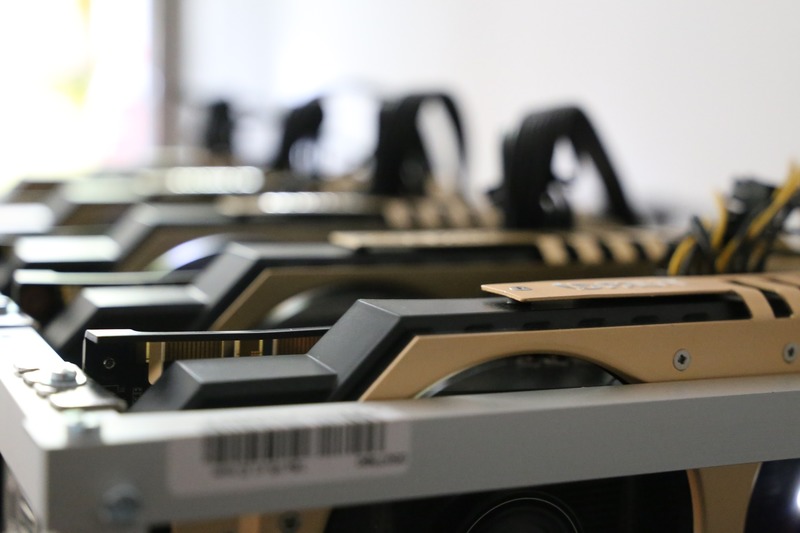 Ethereum’s upgrades aren’t happening all at once. As we mentioned in the intro, they comprise a series of upgrades. And the Merge actually refers to a specific event within these upgrades, planned in 3 stages. Not all the stages are clear cut, with some overlapping bound to occur.

The introduction of PoS meant that, besides miners, validators would now be validating transactions as well. Thus, the Beacon Chain acts as the consensus layer for the network, and manages the registry of validators on Ethereum.

Since Ethereum is traditionally a Proof-of-Work (PoW) network, transitioning fully to PoS takes time and energy. (Not to mention heated discussions within the Ethereum community itself.)

PoW networks like Ethereum are associated with mining, an energy-intensive practice. Mining involves investing in expensive hardware to validate or reject blocks before they’re added to the chain. That’s why PoS is much more energy-efficient compared to PoW networks.

As the name implies, PoS networks instead rely on your staked assets to secure the network and validate transactions. Specifically, the amount you’ve staked acts as a form of guarantee that you won’t try to compromise the very same network your funds are live on.

Due to a desire to maintain efficient resource allocation, the original Ethereum PoW network is running in tandem with the new PoS chain.

The Merge refers to when Ethereum 1.0 mainnet (i.e., Ethereum as we know it today) will merge fully with the Beacon chain’s PoS system. Hence, we can look at the Beacon Chain as the consensus layer, and Ethereum mainnet as the execution layer.

With the merge, the execution layer’s PoW algorithm is being replaced with the much more energy-efficient PoS consensus.

How cool is that? 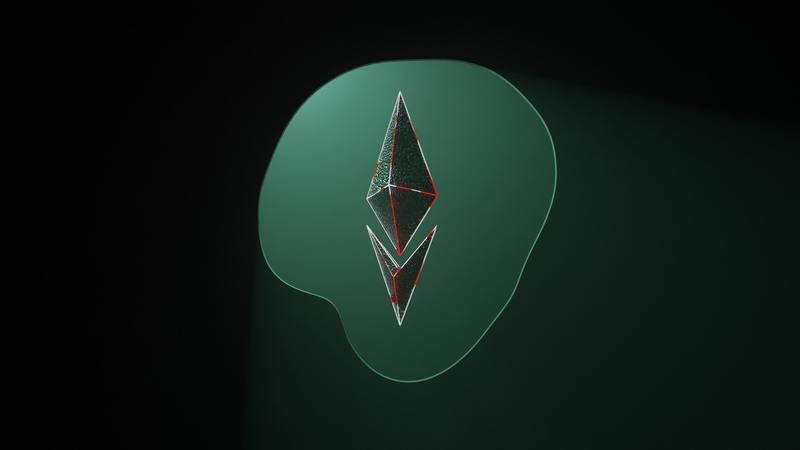 Originally meant to launch before The Merge, sharding now comprises the final stage of the Ethereum updates. Sharding involves splitting the database on the Ethereum blockchain into 64 shard chains.

This way, each validator verifies only the respective shards they’re responsible for. At present, each validator must verify the entire network, which is resource-inefficient. Without sharding, validators would also need prohibitively expensive hardware to validate the blocks. Thus, sharding encourages further decentralization, by lowering the barrier to entry for anyone wishing to run a node.

Sharding represents the last stage of the Ethereum upgrades. But it’s best to think of sharding as a three-pronged implementation. And it’s worth taking a look at each stage closely.

In its original plan, sharding included as many block proposers as block builders. But due to recent advancements in rollup research, the design has come to incorporate a concept called a “merged market fee”. So, instead of many block proposers, we only have one proposer, and many block builders. This is the major change. This second phase is known as danksharding, named after Ethereum researcher Dankrad Feist. (Yes, it’s an amazing name, and yes, it’s real.)

In danksharding, the data in the transactions submitted by a builder are unknowable. Compare this to Ethereum as we know it today, where miners can handpick transactions, an issue known as maximal extractable value (MEV).

Sharding’s latest design is known as proto-danksharding, named after Ethereum researcher Proto Lambda. (No, I’m not making these up.) The aim of proto-danksharding is to lower the transaction costs for rollups on Layer 2.

Since rollups are hungry for data, proto-danksharding introduces a concept known as Binary Large OBjects (blobs). We can think of blobs as a way to wrap and bundle transactions, so they’re more cheaply accessible. Blobs aren’t new to databases either. What is new is their application to smart contracts.

So yes, rollups can access cheaper data. Rollups can also bundle up transactions and move them off-chain in a secure manner. This design reduces network congestion, all the while lowering transaction costs for users as well. But as discussed, rollups are not part of the Ethereum updates. To wit, the Ethereum upgrades are being executed in preparation for rollups.

Sharding is planned for implementation sometime in 2023. Its rollout will mark the completion of the Ethereum updates.

So why upgrade Ethereum?

In the Ethereum whitepaper, Vitalik posed a problem called the Scalability Trilemma: You can have security, scalabilty, and decentralization, but not all three at the same time. This is, in essence, the main challenge that the Ethereum upgrade aims to address. 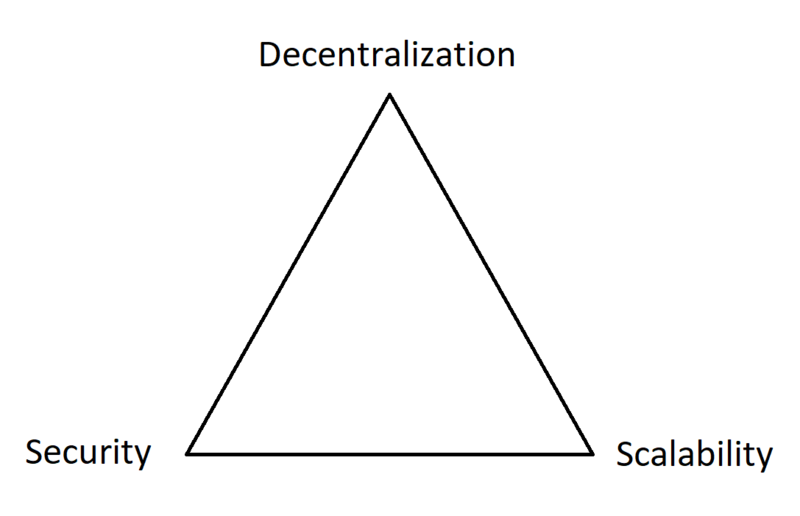 This scalability issue is also the reason Ethereum has many problems in the first place. Ethereum was purposefully designed to prioritize security and decentralization. Thus, Vitalik’s approach was to build Ethereum based on an auction-based model.

That’s why, whenever the network gets congested, adding blocks to the chain slows down. This condition fuels bidding wars between network participants, who wish to have their transactions added to the next block. In exchange, though? Ethereum can claim to be one of the most decentralized blockchains, and as a Layer 1, it is incredibly secure.

According to Vitalik, it is thus the job of the Ethereum updates to make the network scalable. How? By sustaining its security and decentralization attributes, all the while preparing the network for rollup-centric upgrades. (Rollups are outside the scope of our guide, but feel free to read this article for a solid breakdown.)

This is where we should address a couple of crucial misconceptions surrounding the Merge. Specifically, let’s talk about the upgrades increasing transaction throughput and lowering transaction fees for the decentralized network. Believe it or not, these are not the direct objectives of the Ethereum updates.

In other words, the Merge will not lower transaction costs, nor will it increase the speed of these transactions. It’s not meant to. The actual goals are security and sustainability. Sustainability also touches on energy consumption, since PoS is much more energy-friendly than PoW.

And as mentioned, with these goals, Ethereum aims to decentralize the network further. Doing so will lower the barrier to entry for literally any interested party to run a node, thus helping boost network security.

Lastly, and importantly—and this was not an initial goal—the upgrades will lay the architectural groundwork in preparation for rollups. Rollups are Layer 2 solutions, the development of which have become centrally tied to the future of Ethereum. So we can think of the Ethereum updates’ ultimate aim as the delivery of a scalable base layer upon which rollups can operate. (Watch this video to learn more about Layer 2 solutions)

What do I need to do for the Ethereum Merge? 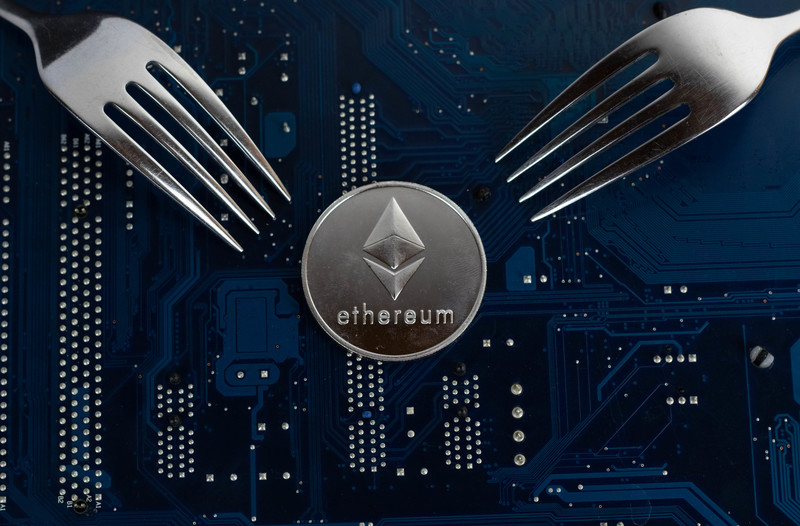 Some Ethereum users are concerned about the safety of their funds. You can rest easy. Your funds will not be impacted whatsoever post-merge. Since Ethereum’s entire blockchain history will remain intact, your funds will be waiting. Just like before.

There have been some reports of ETH holders having to upgrade their tokens to ETH 2.0 tokens. But the reports are either misinformed, or they are malicious, since no action is necessary on behalf of users. (None whatsoever.)

If you have any ETH in your Ethereum wallet (e.g., MetaMask), now is a fantastic time to start learning about ETH staking. Stake your ETH, and you can enjoy handsome returns. Not to mention, helping secure the network and ensuring further decentralization.

But know that your ETH will be locked until the Ethereum upgrades are fully launched. This means that users will not be able to access their ETH until long after the merge. (Think roughly 6 to 12 months post-merge, based on current estimates).

Moreover, staking interest rates are floating rates, meaning they fluctuate. (And they tend to fluctuate downward.) So, users should exercise caution when choosing where to stake their ETH. (DYOR!)

Another option is to liquid-stake your ETH, for instance, with Lido. Liquidity staking involves staking your tokens and receiving a tokenized form of your stake.

So, for example, if you’re staking with Lido protocol, you would receive stETH (“st” being short for “staked”). And you receive it right away, thus doing away with the cost of capital. This approach does carry additional risks, though. (Greater risks equal greater rewards, right?) You can read more about liquid staking here. 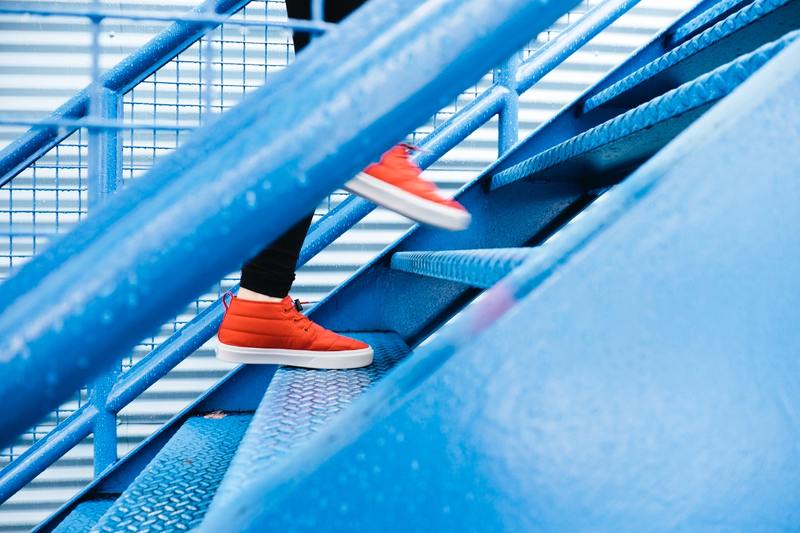 The earliest blockchain with smart contracts, Ethereum has first-mover advantage… but for how long? In the past, talk about cryptocurrencies was constrained mainly to Bitcoin and Ethereum. But now, with many L1 chains emerging, talk has come to include Bitcoin, Ethereum, Solana, Cardano… and even Cosmos and NEAR protocol!

Whether the fully updated Ethereum will manage to displace them remains to be seen. Will Ethereum become the world computer Vitalik had originally envisioned? Will the founder of Ethereum fulfil his quest to win the endgame?

When will the full launch be finalized, and what will that even look like? Although no one knows with confidence—and whether the plan will be implemented successfully—one thing is for sure. The future of Ethereum will include rollups.

At least, that’s what the future looks like. For now.

Valerio is a blockchain and cryptocurrency writer, and founder of the Freelance Copywriter Collective. He lives in Chiang Mai with his life partner and dog.