Ethereum joins the cryptocurrency plunge: Second largest digital currency loses 20% of its value in 24 hours as Coinbase warns customers they may lose ALL their money

By Chay Quinn For MailOnline

The price of Ethereum, the second-largest digital coin, has plummeted in the last day during a major crash of the cryptocurrency market.

Cryptocurrencies have sharply declined in value during the past few days amid fears that downturns across financial markets will lead to global recession.

Unlike crashes of recent years, this latest plunge seems to be linked to a slowdown in traditional markets.

The crash comes amid a widescale downturn for financial markets that is affecting even US tech stocks – with Amazon down from £2468.75 one month ago to £1725.19 today (a 30 per cent drop).

Nearly all of the value of Terra (LUNA), a stablecoin, was wiped out overnight with suicide hotlines pinned to the currency’s Reddit page as a result of the 98 per cent drop.

LUNA was once in the top-10 values for cryptocurrencies just months ago. 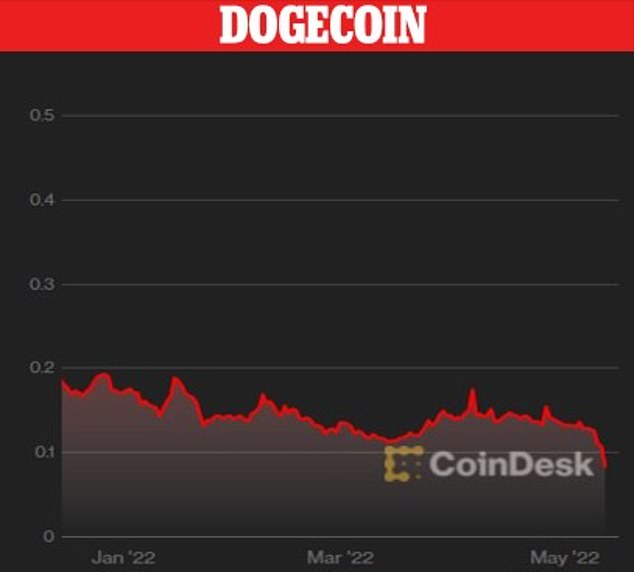 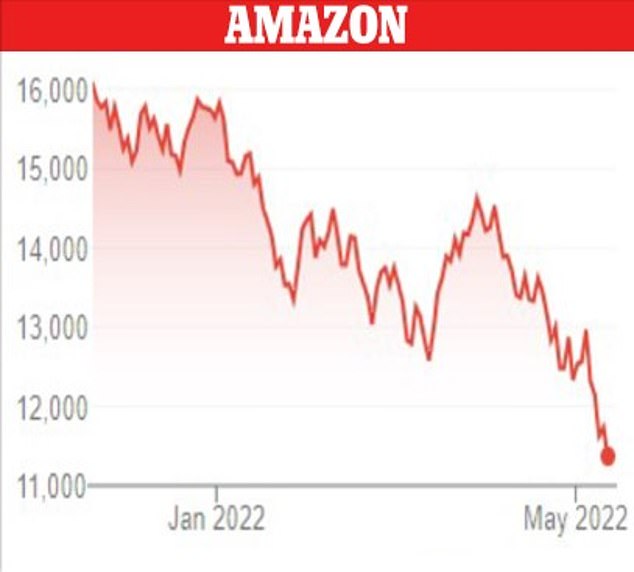 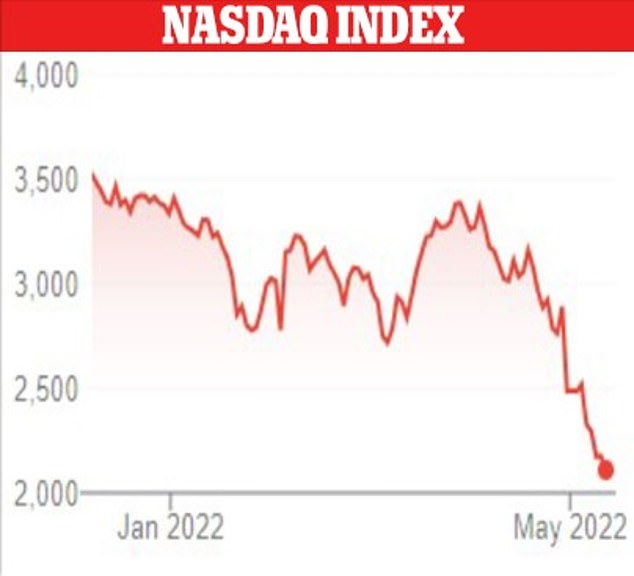 Stablecoins are supposedly less volatile cryptocurrencies which are pegged to real-world currencies such as the dollar – but UST (the stablecoin behind LUNA) lost its peg to the dollar on Tuesday and has crashed as a result.

The NASDAQ experienced its sharpest one-day fall since June 2020 earlier this week and the crypto hit implies an increasing integration between crypto and traditional markets.

The crypto downturn has wiped more than $1.5trillion dollars of value from the markets but investors will still be hoping that prices will be able to rally as they have done in the past.